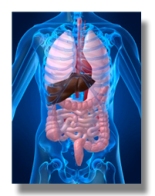 With the overwhelming amount of information available pertaining to the health effects of smoking it is mind boggling why people choose to start smoking.

Why do People Smoke

Most smokers can link their starting to their early childhood when rebellion, peer pressure, and being “cool” is linked to smoking. Cigarettes contain an extremely powerful drug called nicotine and are designed to get people hooked quickly. The addictive property of nicotine is often compared to that of heroin or cocaine.  When a smoker inhales from a cigarette it quickly affects brain and the nervous system creating a pleasant feeling, making the smoker want more.

The effects of nicotine are very short-lived, which is why smokers need to smoke throughout the day. There is a reason why there are 20 cigarettes in a pack and why smokers typically smoke a pack a day.  Even after realizing the health effects of smoking on the body smokers continue to smoke because of the physical and psychological withdrawals related to nicotine withdrawal.

Health Effects of Smoking on the Brain

When nicotine enters the brain dopamine is released creating a pleasurable effect such as feelings of happiness and well-being. The brain is the body’s center for mood and conscious thought.  Among other things the brain also
regulates the body’s processes such as breathing and unconscious body processes.  When a person smokes it takes 10 seconds for it to affect the brain altering its chemistry and could potentially lead to having a stroke.  Studies have shown that smoking may also reduce memory and cognitive abilities.

“There are approximately 600,000 strokes per year related to smoking cigarettes and about 30% of those strokes result in death. That is 180,000 deaths that could have been prevented. Strokes are the third leading cause of death in the United States.”

Health Effects of Smoking on the Eyes

Across the world cataracts are the leading cause of blindness and smokers are 2 to 3 times more likely to develop cataracts than that of non-smokers.

Health Effects of Smoking on the Mouth, Throat, Larynx, Esophagus

Whatever cigarette smoke touches there is a chance to develop cancer.  Smoking is related to cancer of the mouth, throat, larynx, pharynx, and esophagus.  Besides causing cancer smoking is responsible for gum disease, upper respiratory tract infections, bacterial infections as well as harming the body’s ability to fight off these infections.

Health Effects of Smoking on the Lungs

With each puff from a cigarette the lungs are filled with poisons that immediately begin destroying them. Smoking injures the airways and air sacs of your lungs, which may lead to chronic obstructive pulmonary disease (COPD), which includes emphysema. COPD is the fourth leading cause of death in the United States with more than 100,000 deaths per year. Smoking causes more than 90 percent of these deaths.

Health Effects of Smoking on the Heart

Coronary heart disease is the leading cause of death in the United States. Over 61 million Americans suffer from some form of cardiovascular disease including coronary heart disease, stroke, congestive heart failure, high blood pressure, and many other conditions. There is one death every 33 seconds that relates to cardiovascular diseases and smoking plays a major role.

Smoking cigarettes causes hardening of the arteries, arteriosclerosis, and poisons the bloodstream. Arteriosclerosis is a major factor in developing coronary heart disease, stroke, and artery diseases.

Health Effects of Smoking on the Stomach, Kidneys, Bladder, and Pancreas

People who smoke are more likely to develop peptic ulcers versus nonsmokers.  Smoking also may lead to stomach cancer.

Smoking is also a major cause of kidney cancer, which is the 10th leading cause of cancer deaths in the United States.

It is estimated that over 10,000 deaths occur each year due to cancer of the bladder from smoking.

Pancreas cancer is one of the deadliest forms of cancer with an average survival rate of about a year and guess what… Smoking is a major cause.

It is apparent that the health effects of smoking on the body are severe.  Smoking affects nearly every organ in the human body and is the leading contributor to developing some type of cancer.  In the United States smoking is responsible for 1 out of every 5 deaths.  Tobacco use accounts for  at least 30 percent of all cancer deaths and 87 percent of lung cancer deaths.

The health effects of smoking are serious, dead serious! the good news is that once you quit smoking your body begins to repair itself. Stop wasting your life, time, and money on this deadly addiction. Quit smoking NOW!

3,802 thoughts on “Health Effects of Smoking on the Body”