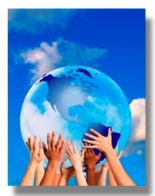 Research suggests that tobacco use has been around for thousands of years and was introduced to the “old world” (Europe, Asia, and Africa) in the 1500’s and followed common trade routes. Even back then tobacco was met with much criticism, but became popular nonetheless.

There were many early attempts to discourage tobacco use which included:

There were many societies that viewed tobacco as harmful and should be stopped but even with strict enforcement the tobacco industry gained momentum.

Even though tobacco was a money crop there were those that believed that growing it was a waste of land and it should be used for food crops. It hasn’t been until recently that anti-smoking campaigns have shown some success. Since the 1900’s much evidence has been gathered detailing the health effects of smoking, linking it to lung cancer and many other fatal conditions.

It is easy to see how smoking affects society. There are the obvious such as increased litter as people dump their ash trays or throw their butts out the window, The stink of being around a smoker, and what is even more damaging is that people are dying each day from a smoking related illness. The workforce is affected, family lives are affected, and the bottom line is millions of people are addicted to a very powerful drug.

The cigarette companies make billions of dollars by targeting the young because they are dealing with many issues of fitting in, peer pressure, being “cool”, and rebellion. Daily thousands of young adults start smoking because of these issues without fully understanding the danger they are in.

Smoking and the Cost to Health

Cigarette smoking has a huge impact on society as we know it. Smokers and nonsmokers are affected by tobacco use in the United States. On an annual basis it is estimated that $97 billion is attributed to lost productivity in the workplace. You know what this is about… it is the every hour smoke break, time off due to illness, and major complications due from the health effects of smoking.

Worldwide the use of tobacco accounts for more than 5 million deaths each year and if the trend continues by the year 2030 that number will be 8 million. In the United States, the health effects of smoking accounts for 1 out of every 5 deaths and on average, smokers die 13 to 14 years earlier than nonsmokers. Even though cigarette smoking is the leading preventable cause of death it continues to make its way into society affecting the quality of life for all that are exposed.

The health effects of smoking are serious, dead serious! the good news is that once you quit smoking your body begins to repair itself.

Stop wasting your life, time, and money on this deadly addiction.

757 thoughts on “Health Effects of Smoking on Society”