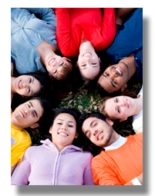 The health effects of smoking affect smokers and nonsmokers alike. Nearly 50,000 people die each year as a result of being exposed to secondhand smoke.

If the unborn child is not immune to the health effects of smoking then neither are living breathing children. The sad fact is that over 3 million children under the age of 6 breathe secondhand smoke several days a week and this is all happening in their own home.

Young children are extremely susceptible to secondhand smoke and it affects them in all sorts of ways, such as:

“The current Surgeon Generals Report states that there is no risk-free level of secondhand smoke exposure. Even brief exposures can be harmful to children. More than 40% of children who go to the emergency room live with a smoker and a severe asthma attack can put a child’s life in danger.”

Secondhand smoke is a serious problem for nonsmokers, especially if they work and/or play in places that allow smoking. The longer a person is exposed to secondhand smoke the more likely they will develop a serious illness.

Secondhand smoke affects the heart, changing how your heart, blood, and blood vessels work. Being exposed to secondhand smoke for several hours a day can increase “bad” cholesterol levels that clog arteries. The chance of developing heart disease or having a heart attack is also increased.

“Exposure to secondhand smoke at work or home increases your chance of developing lung cancer by 20% to 30%.”

Secondhand smoke can complicate matters for individuals who already have breathing problems making their conditions worse. Being around secondhand smoke makes you more congested and cough more.

Secondhand Smoke Affects other Parts of the Body

The health effects of smoking are serious, dead serious! the good news is that once you quit smoking your body begins to repair itself. Stop wasting your life, time, and money on this deadly addiction.
Quit smoking NOW!

3,508 thoughts on “Health Effects of Smoking on NonSmokers”